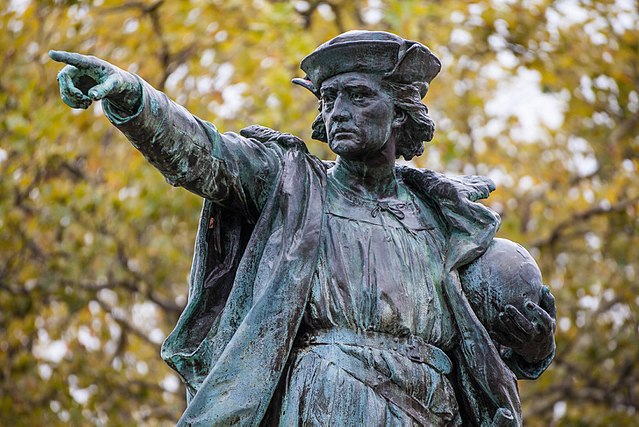 Baltimore, MD – A statue of Christopher Columbus has been removed and thrown in a river by protesters. The move comes amid tensions between law enforcement as well as the black community within the United States.

The history of the United States is has a history of manipulating native peoples. Columbus, upon “discovering” America, took advantage of the significant power that he had with his ships. Statements claim that he enslaved members of the native community as well as other minorities.

The move redefines the aspect of US history. Racism is one of the largest issues that the United States has ever faced.

Protesters, deciding that this was the appropriate action, disposed of the statue in the river.

Scuba divers armed with a large crane and rope retrieved the statue after its removal.

The statue has since been lifted out of the river and will be sent to a historical society for preservation.

The removal comes amid the deaths of Breonna Taylor and George Floyd. Both individuals died within police custody. Breonna Taylor was sleeping in her house when undercover police broke in. The police were looking for a suspect who was already in custody by the time the officers broke in.

For many, the United States isn’t what history may say it is. For others, its the typical American Dream. Christopher Columbus represents the discovery of this area from the western world. Unfortunately, the methods to build the country are under review.

The questions of current events ask a multitude of questions. One, of which, is how we portray the history of America. Will reflection of the past help the US and its citizens move forward? It’s up to the future to decide – but it’s up to the past to look for answers.