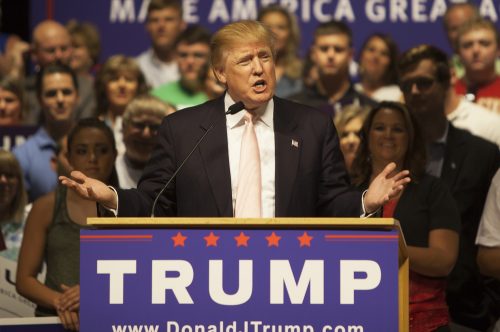 A high school in Baltimore called Patterson High School is expressing their worry after the presidential election. Many immigrant students, about 500 went to school on Wednesday with worries, fear, and questions regarding the election of Donald Trump as president. Most of these students had never seen an American election and were unaware of the functions of a president. The staff made sure to explain the role of an American President and American Government.

The words of Donald Trump “All Latino’s are Criminals” haunt the minds of these students. His intentions to build a wall across the US/Mexican border and deport more immigrants are causing them worry and fear.

About 48 percent of the student population at Patterson High School is immigrants. The staff is worried and therefore has arranged guidance councilors and Spanish speaking social workers to speak to the students. The staff has a goal to assure their safety in the campus. It was said that federal immigration authorities are not allowed to enter schools unless they have a warrant for some ones arrest.

The staff also took a focus on Syrian, Sudan, and Kenyan students that also have concerns about deportation when they have legal documentation and the right to stay. The staff assured their legal right to stay in the states would be honored.

Many, if not most of these students have endured a very difficult past. These 15-18 year old students have pending court cases regarding immigration because they got caught crossing a border, ran from an abusive home or neighborhood, getting away from violence, some gang related, endured life at refugee camps for 6 years with little to no food and freezing temperatures.

Do these students deserve to be called “criminals”, as referred to by our elected president?