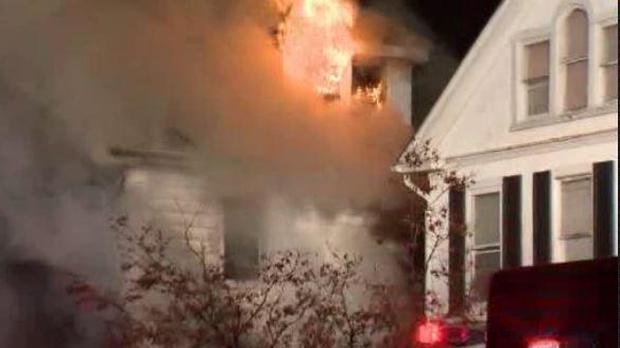 A tragic incident occurred in Baltimore on Thursday morning when a residence caught on fire with ten family members inside. The three story house got caught in a blaze near the predawn hours on Thursday.

Fire and Smoke was present in all the floors of the house. Eventually, the roof collapsed causing each floor to collapse to a lower floor. The firefighters described the scene as horrendous.

Six bodies have been recovered from the rubble and all have been identified as children. The deceased children include a nine month old boy, a two year old boy, three year old twin girls, a ten year old girl, and an eleven year old girl.

Four family members are currently being hospitalized including two of the boys ages four and five at John Hopkins Hospital and the mother, Katie Malon, who is at Bayview Medical Center in critical condition.

An eight year old girl helped get her brothers out of the fire; her condition is improving and may be released soon.

The neighbor, Robert Spencer, tried to help the children trapped in the house but couldn’t because he was blocked by the blaze. He said he could hear the children yelling and explained how he thought it was a scene from a movie. He said it was very traumatizing.

A GoFund me page has been set up for the family.