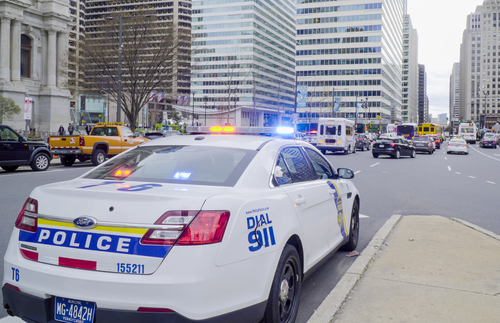 *Read our newest blog about how Armoring Baltimore schools can do more Harm here.

Authorities are warning that there are consequences for causing false alarms after receiving a wave of school threats following the deadly school shooting in Parkland, Florida.

Anne Arundel County has had three rumors and one confirmed threat against schools since the Florida shooting less than two weeks ago.

“In the wake of the Florida shooting, we’ve seen an increased number of rumors and heightened anxiety,” Anne Arundel County Public Schools spokesman Bob Mosier said. “We understand your anxiety. We understand the fears you have about the safety of your children. They’re the most precious things in your lives, and you are understandably afraid and anxious.”

There is an increase in threat investigations in the Baltimore area with as many as 11 in Carroll County and nine in Harford County.

“Oftentimes when we interview these kids, they think it’s funny. They think it’s a joke. They want to get out of school. So those are just some of the excuses that we hear,” Anne Arundel County police Lt. Ryan Frashure said.

Many of the threats are made on social media and spread like wildfire, Frashure said. Police said that children need to be talked to. Parents need to talk to them about what is appropriate to post and tell their children that if they see a threat to report it to a parent or other adult immediately instead of sharing it. The kids making the threats face serious consequences.

“It’s important that we know they’re going to be held accountable, that their parents are going to be held accountable and oftentimes, they’re charged, so if there’s enough evidence to charge them, they’ll be charged on a juvenile citation with disruption of school property, threats of mass violence to a school and sometimes assault, depending on what the case is,” Frashure said.

So far, one teenager has been charged in the threat investigations in Anne Arundel County.

Each threat is being thoroughly investigated by the Police Department, including going to the house of the student who made the threat, and that could mean consequences for the parents.

“If there are threats that are made that we deem that they’re credible, that they have access to weapons, we can certainly seize weapons that are inside that house, and we follow up with any mental health issues that we need,” Frashure said.

The school system has its own disciplinary system for threats, including suspension and expulsion.

“These are things that we take very seriously. We want to do everything we can to enhance the safety and security of our buildings, and we can’t be lenient when it comes to things like this,” Mosier said.

Some confusion online led to the lockdown of the Northeast Metropolitan Regional Vocational Technical High School in Wakefield, Massachusetts, Monday morning. Officials said a student saw a social media post about a threat at a school in Anne Arundel County, with a similar name to Northeast Vocational.