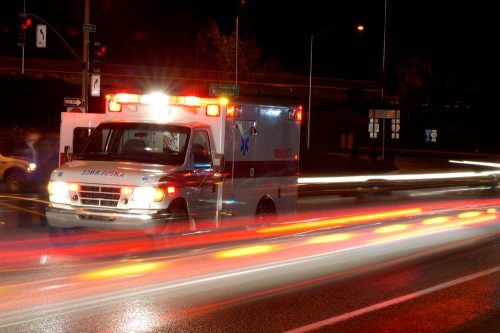 BALTIMORE, Maryland — Police are investigating an apparent murder-suicide in which a man is believed to have killed his wife, then dropped his three children off at a restaurant, before killing himself.

The Baltimore County and Anne Arundel County Police Departments are investigating this case after the two bodies were found in different counties.

Police began investigating just before 6 p.m. Wednesday after officers were called about a welfare check for a person in the 10600 block of Davis Ave. in Baltimore County.

Anne Arundel PD officers were called out to the Arundel Mills Shopping Center because a man had dropped off three small children inside a restaurant and left them with people inside.

Police was told that the man’s wife, later identified as Cox, may be in danger.

Officers later found the man, 35-year-old Harry Anthony Rey, dead inside his truck parked in the 7600-block of Sandy Farm Rd. in Severn.

There was an apparent self-inflicted gunshot wound on Rey, according to police.

Police believe Rey killed his wife, then dropped his three children off at a restaurant, before killing himself.

The three children, ages 7 (twins) and 6, were not injured, and have been released into the custody of family.

The investigation is ongoing and no further details have been released at this point. Police wait for autopsies to be completed.

State Actions are put into Place to Fight Violent Crime