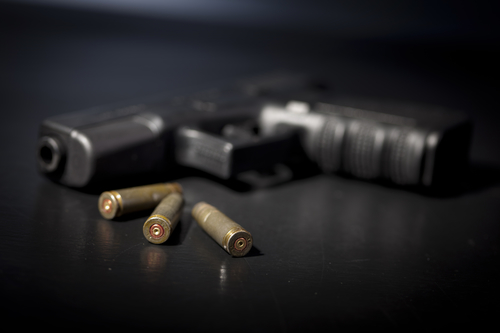 BALTIMORE, MARYLAND—-Baltimore Police are searching for the suspect in a double shooting in southwest Baltimore and fled into a neighborhood. Two people got shot. One of them died.

The other one is in critical conditions and has non-life threatening injuries.

Police spokesman T.J. Smith told one of the officers was at the crime scene and witnessed the shooting near 1100 block of Desoto Road.

The shooting occurred when a vehicle was traveling down the street. Another vehicle rolled up and fired the shot into the vehicle.

The suspect jumped out of the vehicle. He ran into the neighborhood.

He is described as a black male of 5-foot-11 shoulder-length dreads. He was wearing blue jeans on and looks like he is in this early 20s.

The suspect was last spotted in the general area of Washington Boulevard.

Police spokesman asks residents to call 911 if they see someone fitting that description. The suspect is armed considered dangerous.

Police found drugs at the crime scene and more than marijuana. Besides that, other evidence was found in his vehicle.