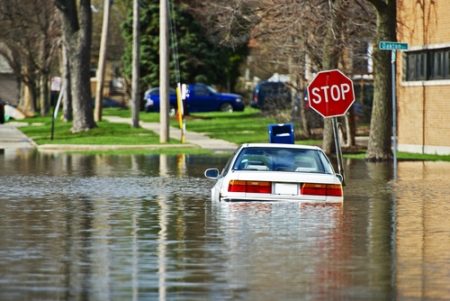 BALTIMORE, MARYLAND — Baltimore Gas and Electric officials expressed their concern about the impact of Hurricane Florence that has already started in Baltimore.

The Baltimore area has already got a considerable amount of rain. The officials mention that the impactful storm may damage large trees in Druid Hill Park and ruin the crops.

Because of heavy rainfall so far this year, the area lost over 100 large trees. As the officials report, the number may greatly change. It all depends on the track of the hurricane and how far away it is and can change its course.

Utility team has called in extra manpower to help in the event of power outages and downed trees. The flooding can cause any potential issues with natural gas infrastructure.

Because of the risk, governors from Maryland to South Carolina have declared states of emergency to prepare for the possibility of a deluge from the slow-moving storm.

According to Tuesday’s forecast, the hurricane winds of up to 73 mph could arrive in parts of Maryland by Thursday night or Friday morning.

The state of Maryland is setting shelters. At the same time, they are urging people to gather as much supplies at home as possible.

Voters Decide on Taking Back Control of the City Police Department

Who is the Shooter at Maryland Office Park?