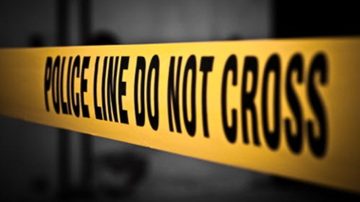 BALTIMORE, MD – For the fourth year running, Baltimore has hit 300 homicides. The milestone comes during a turbulent 2018 for the Baltimore Police Department.

The city reached the grim benchmark late Wednesday, when a 30-year-old man in West Baltimore was fatally shot. He was hit in the upper body and face, just before midnight, in Sandtown-Winchester.

Although Baltimore has now hit the 300 , homicides are actually down 10 percent as compared to last year. Interim police Commissioner Gary Tuggle stated that other crime categories have gone down as well. Non-fatal shootings went down five percent, robberies 14 percent, and burglaries a third.

The Baltimore Police Department has had a tough year. In addition to the continued city violence, challenges include leadership turnover and cases of officer misconduct. Moreover, final convictions just came in for a huge police corruption scandal – one of the biggest in city history.

Eight members of the once-elite Gun Trace Task Force were convicted of racketeering. Two sergeants and eight detectives stole money from citizens, using the protection of their badges. They also claimed huge amounts of overtime – for hours not worked. In November, a ninth officer pleaded guilty to conspiring to sell drugs with the Gun Trace Task Force members.

Turnover in the BPD has been high recently as well. Gary Tuggle is the department’s third commissioner in 2018. The department fired former Police Commissioner Kevin Davis in January. His replacement, Darryl De Sousa, resigned after only a few months after he was charged with failing to file federal income taxes.