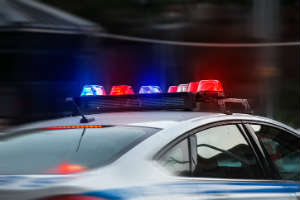 BALTIMORE, MD – A murder occurred in Baltimore at the end of last week. As a result, police arrested and charged Arnold Johnson. He is a thirty-two-year-old man, who police arrested in the killing of his ex-girlfriend last week in Northeast Baltimore. Police disclosed this information early this week.

Apparently, police charged and arrested Johnson last Friday, February 15. He was charged for the killing of Maryann Wellington, who was a twenty-nine-year-old woman. She died of fatal gunshot wounds earlier that day. Allegedly, she was shot in the 4900 block of Goodnow Ave. in Northeast Baltimore Friday morning.

When emergency personnel found Wellington, she had multiple gunshot wounds. The wounds were to her head, as well as her chest. A medic pronounced Wellington dead at the scene.

Officers transported Johnson from the 700 block of Oystercove Drive in Grasonville, Queen Anne’s County. They took him to the Baltimore Central Booking & Intake Center. There, officers charged him with first- and second-degree murder.

Wellington is the mother of a three-year-old boy. It is not clear where the child is at this time. However, a viewing is scheduled for March 1st for Wellington. This will be held at the Marzullo Funeral Chapel. They plan to have a wake and then a service following it on March 2nd at Bethel United Church.

The fate of Johnson is not yet certain. Time will tell if he’ll be convicted and what sentence may result from the charges.

Baltimore Ranks in As The 63th Most Fun City in U.S