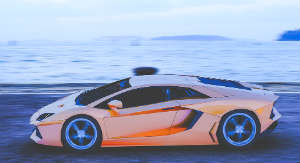 These brand-new vehicles should come into Tradepoint Atlantic, which is the Port of Baltimore’s largest private terminal. In fact, the port plans to build a brand-new facility to import and process the cars. This will consist of 115-acres.

Hopefully, the project should finish up early in the year of 2020. Then, they expect to receive 120,000 vehicles from Volkswagen America per year. Where will the cars be coming? Word has it that European and Mexican factories are cranking out the cars, which will make their way to the Baltimore port.

The Top Port in the Nation

Both state and local leaders expressed excitement for this new project. In fact, Governor Larry Hogan stated: “The Port of Baltimore has earned its reputation as a vital getaway to markets in the U.S. and around the globe, and this long-term commitment from another major automaker is further proof that Maryland is open for business.”

That they are! Although, some believe the reasons behind Volkswagen setting up at the port has to deal with the latest emissions-cheating scandal. According to the result of that incident, Volkswagen had to either enter into a contract with a Maryland auto terminal for five years or pay a hefty fine. Rather than pay the fine, which would be four and a half million dollars, this new project began.

Whatever the case, the business in Baltimore is exciting for many. Right now, the Port of Baltimore already is the leader in auto shipping for the nation. And they have been for over seven years. Now, it seems this will only continue as the luxury cars make their way to the port.