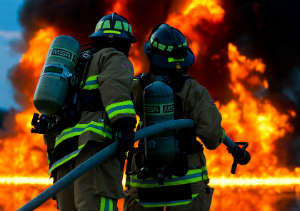 BEL AIR, MD – A 12-vehicle crash occurred early this week in Bel Air. As a result, two people have died, and more are injured. Among the dead is a seven-year-old boy. The boy, identified by Maryland State Police, is Tripp Johnson, from Joppa. The other was sixty-five-year-old Andrew Klein, from Forest Hill.

A huge emergency crew arrived at the scene of the incident. This included multiple police, firefighters, and EMTs. This occurred at about 7 in the morning on Monday. After police investigated, they discovered that a tractor-trailer, heading south on Route 24, crashed into multiple vehicles stopped because of a backup. Police identified that the driver of the truck was Carloo Watson, a forty-nine-year-old from Brunswick, N.J.

Watson drove the truck, hauling freight for ShopRite grocery stores. After the collision, the truck finally stopped at the intersection. However, the truck then caught fire. At the time, two cars were still stuck underneath the truck. As a result of the crash and the multiple injuries, emergency personnel transported six people to nearby hospitals.

Seven-year-old Tripp was a student in Harford County Public Schools. They released a statement regarding Tripp’s death. In it, they stated that Tripp “was a second grade student at William Paca/Old Post Road Elementary school where students and staff who knew him will continue to celebrate his cheerful personality.” They also mentioned that they added additional support to help both students and staff during this difficult time.

Klein, who also lost his life, was one of the owners of Klein Supermarkets. This known as Klein’s ShopRite of Maryland. In addition, he, along with his wife, was a local philanthropist. He apparently did a lot of work for University of Maryland Upper Chesapeake Health.

The tragic 12-vehicle crash was devastating for everyone involved. The community and state, including Governor Larry Hogan, sends prayers and condolences to the families.