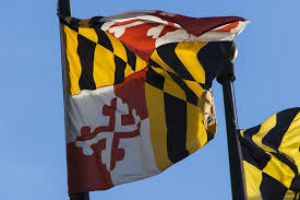 Mayor Pugh is in the middle of a political firestorm. The latest development comes as result of City Council action. Monday morning, the Baltimore City Council sent the embattled Mayor a memo. It urged her to tender her resignation. Afterward, the signed memo was posted on Twitter.

Pugh is fighting for her political life. As a result, the Mayor’s Office response swift and defiant. Moreover, the Mayor vowed to continue her duties on behalf of the people and the city of Baltimore. Currently, Pugh is at home recovering from illness.

The Baltimore Sun reported Mayor Pugh has received hundreds of thousands of dollars for her “Healthy Holly” series of children’s books. The payments call ethics into question. The money Pugh received for the books came from various businesses with financial interests in city politics.

Mayor Pugh has acknowledged the payments. In addition, she has apologized for the book deals. “I never intended to do anything that could not stand up to scrutiny.”

Growing calls for the Mayor to step-down have stepped-up. Besides the City Council, Gov. Larry Hogan (R) is calling for an immediate investigation by the Maryland state prosecutor. Sunday on 11 News, Maryland Comptroller Peter Franchot said Pugh should leave office.

Incidentally, the only City Councilmen to not sign the letter asking for the Mayor’s resignation is City Council President Bernard C. “Jack” Young (D). Councilmen Young is currently serving as acting mayor in Mayor Pugh’s absence.