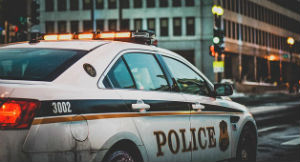 BALTIMORE, MD – Eight people were wounded by gunfire, resulting in one death in West Baltimore this past Sunday evening. The gun violence occurred at a cookout where authorities say a man started shooting.

According to Baltimore Police Commissioner, Michael Harrison, the gunman simply came up to the two cookouts happening at the corner of Edmondson and Whitmore avenues and began wildly firing a gun into the crowd. He struck several men and women in the process. At around 5:03 p.m. officers were called to the scene.

Harrison goes on to say that one man fled from the shooter toward the Perkins Square Baptist Church where he later died. The deceased victim, 28-year-old Darrel Briscoe, was identified by the police on May 1st. The six wounded victims were transported to local hospitals where they were admitted with non-life threatening injuries.

A police spokesperson said that later on an eighth victim, an adult male, showed up at the hospital with a gunshot injury to his leg.

Some evidence suggests that somebody retaliated with gunfire at the random shooter. This aspect of the investigation remains unclear, and officers are still trying to reconstruct events.

Per a news release police say, “At this time suspect information and motive is unknown to investigators.”

As of now the shooter has only been identified by police as a black male. The release made no mention of a suspected shooter being a white man in a white t-shirt and blue jeans. This temporarily put to bed rumors that were floating on social media after the shooting.

Current Mayor Bernard C. “Jack Young asked the city to do the right thing and offer up any information they possess on the shooting or the motive behind it.

A Baltimore Man Killed Wife, Dropped Children off at Restaurant and Killed Himself