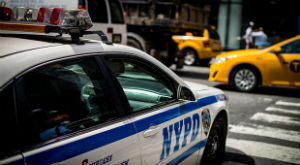 BALTIMORE, MD – The Baltimore Police Department is investigating a report of a rape that may have been perpetrated by a member of their ranks. Officials confirmed this information on Monday.

As a response to the investigation, which started Sunday, the department yanked 115 patrol vehicles off the road. This comes as police officials report they are already short-staffed. Police made this decision so patrol cars could be processed for potential evidence.

Matt Jablow, a police spokesman, indicated that the woman who has accused the police of rape did not say it occurred in a police car, though she maintains that she’d been in one at some point. In using crime technicians to process the vehicles, detectives were aiming to find out who the woman was with. This again is according to Jablow.

The department announced that detectives “are working to quickly identify any officers who may have been involved, and fully establish the facts of the case.”

As per the details of the alleged assault, officials declined to say the time and whereabouts of its occurrence. Nevertheless, an internal memo passed around in the department alleges that the victim says she was near Charles Village Pub. Here she encountered a man named Rick who seemed to be a police officer.

According to the woman, the man transported her to a residential area close to Camden Yards and forced her to have sex. He then supposedly returned her to the Charles Village area.

Afterwards, the victim showed up an area hospital where she reported the crime. The Sex Offense Unit is now investigating.

CITY COUNCIL TURNS UP HEAT ON MAYOR TO RESIGN