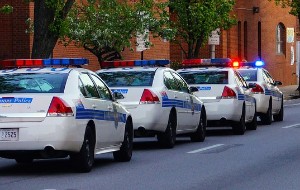 BALTIMORE, MD – Emergency officials admitted a Baltimore police officer into Shock Trauma. Armed suspects wounded the officer in a shooting at a methadone clinic that occurred on Monday morning. The incident left a suspect and one other man dead.

According to Baltimore Police Commissioner Michael Harrison, somebody reported the gunfire at around 7:09 a.m. at the Man Alive methadone clinic in the 2100 block of Maryland Avenue.   Police had received a call regarding an armed person in the area. The gunman had already unloaded two shots before the police arrived on the scene.

“When we arrived, this was actually treated as an active shooter scenario because we were informed when we got there (that) there was a suspect in the building who had fired a gun at least two times,” Harrison said.

Once there, officers attempted to diffuse the situation, however, the suspect responded by firing at the officers. The police returned the fire but the suspects struck one of the officers in the process.

The suspect wounded Police Sgt. Bill Shiflett, a 25-year veteran who worked in the Northern District, with a gunshot in the lower abdomen. The bullet penetrated under his bulletproof vest. Shock Trauma workers indicated Shiflett had surgery and they then moved him into the Intensive Care unit.

Shock Trauma Dr. James O’Connor said, “The officer arrived, he was awake, talking, was complaining of abdominal pain. His vital signs were normal. His exam was suggestive that he needed an urgent operation and he was taken into the operating room by the trauma attending.”

Doctors went on to say that Shiflett, 51, was now in stable condition. According to Baltimore Police, Shiflett is an authorized patrol rifleman.

Lawmakers Make a Big Deal out of Small-Business Health Coverage

Two Die and Others Injured in Multiple Baltimore Shootings