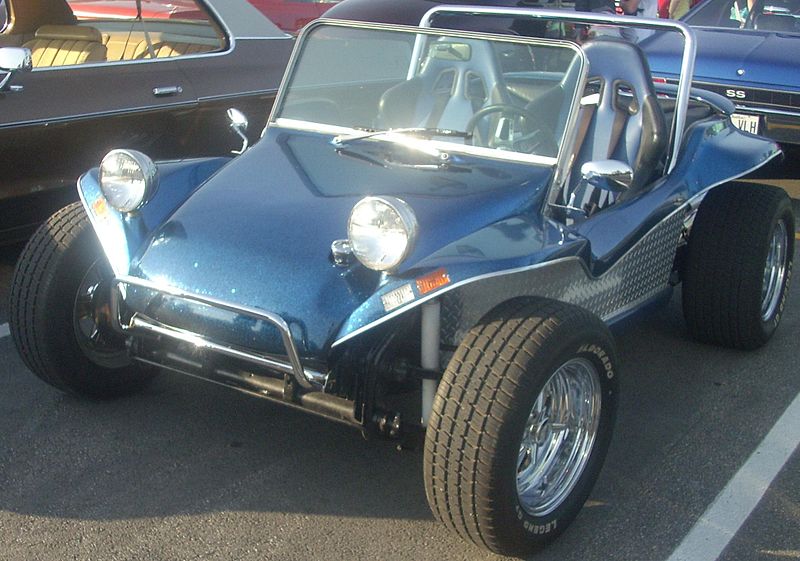 The ’60s saw a rapidly increasing foreign import of high-end European cars. The post World War 2 economy saw the likes of VW, Mercedes, and BMW. With Americans behind the wheel of these new cars, it was only a matter of time before someone decided to tweak theirs into something cool and interesting. Thus Meyers Manx took it upon himself to invent the new sporty off-road machine capable of handling both rough terrain and standard roads. He took the frame of a slug bug and modified it with a better suspension system and a fiberglass body. The new vehicle was lightweight, maneuverable due to its low (ish) clearance and could handle anything you threw at it.

How The Dune Buggy Set The Standard For Off-Road Racing

Once the buggy was unleashed, thousands flocked to set up their old slug bugs with the new lightweight, fiberglass kit. Removing the heavy Beetle design and replacing it with the buggy presented a whole new world for off-road racing. This showed its true colors after the Meyers Manx Dune Buggy outclassed every other racer at the Baja 500. This was such an effective boost that a 4-cylinder 4 wheel vehicle beat the next toughest 2-wheel vehicle in the race by over 5 hours. Once the news broke of this, sales increased exponentially. The new sporty, off-road menace would spawn a cult following for American automotive enthusiasts.

The car would go on to inspire many different variations. Some are even used by the US military. On top of the cult following for these vehicles, the car saw a Hannah-Barbara off-shoot cartoon with a talking buggy. The impact that the car has made on American society still lures many into the off-roading world. Countless racing enthusiasts flock to deserts just to see these things take off over massive sand dunes.

Baltimore Is One Of The Ugliest Cities In America! But How Ugly Is It Really? Let’s Find Out!