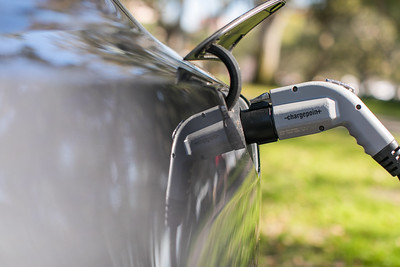 Electric cars are one of the most booming new industries in the world. With each major company rolling out at least 1 new EV this year, things are expecting to look good! Unfortunately, due to the current global pandemic, the industry has taken a massive hit.

Every industry across every country has taken a massive hardship. COVID-19 is currently keeping everyone indoors and out of work. For many, purchasing a new car has been put on hold. For others, the idea of an all-electric market is further away than expected.

Sales have plummeted across all car makes and models. Electric is no different. Currently, Elon Musk is fighting against their county’s decision to keep things closed. As of Monday, the automaker has continued work in their facility against the protocols of state and local governments.

Tesla has been the hardest hit company of all. With most other facilities opening up for the likes of Ford, GM as well as automakers across the sea, Tesla has felt it needs to continue operations despite the hazards. They have also threatened to move operations to a state with lesser restrictions if they are not allowed to continue. This puts local officials against the wall. Tesla is currently the largest manufacturing facility in San Francisco. It employs upwards of 10,000 + workers and has made themselves an ideal position for any city that wants the name.

One of the major problems that electric car buyers have is the reliance on fossil fuels. This isn’t so much for the environmental impact( although it is a major converter) but for the cost of living.

Fuel prices have been extremely high since the new millennium. For the past 20-years, consumers have been searching for ways to feel less of a sting at the pump.

Prior to COVID-19 two major producers Saudi Arabia and Russia were fighting for the highest production. Higher production usually means an increase in demand. Well, due to COVID-19, there has been almost no demand. This leaves a high supply with limited demand to decrease prices exponentially.