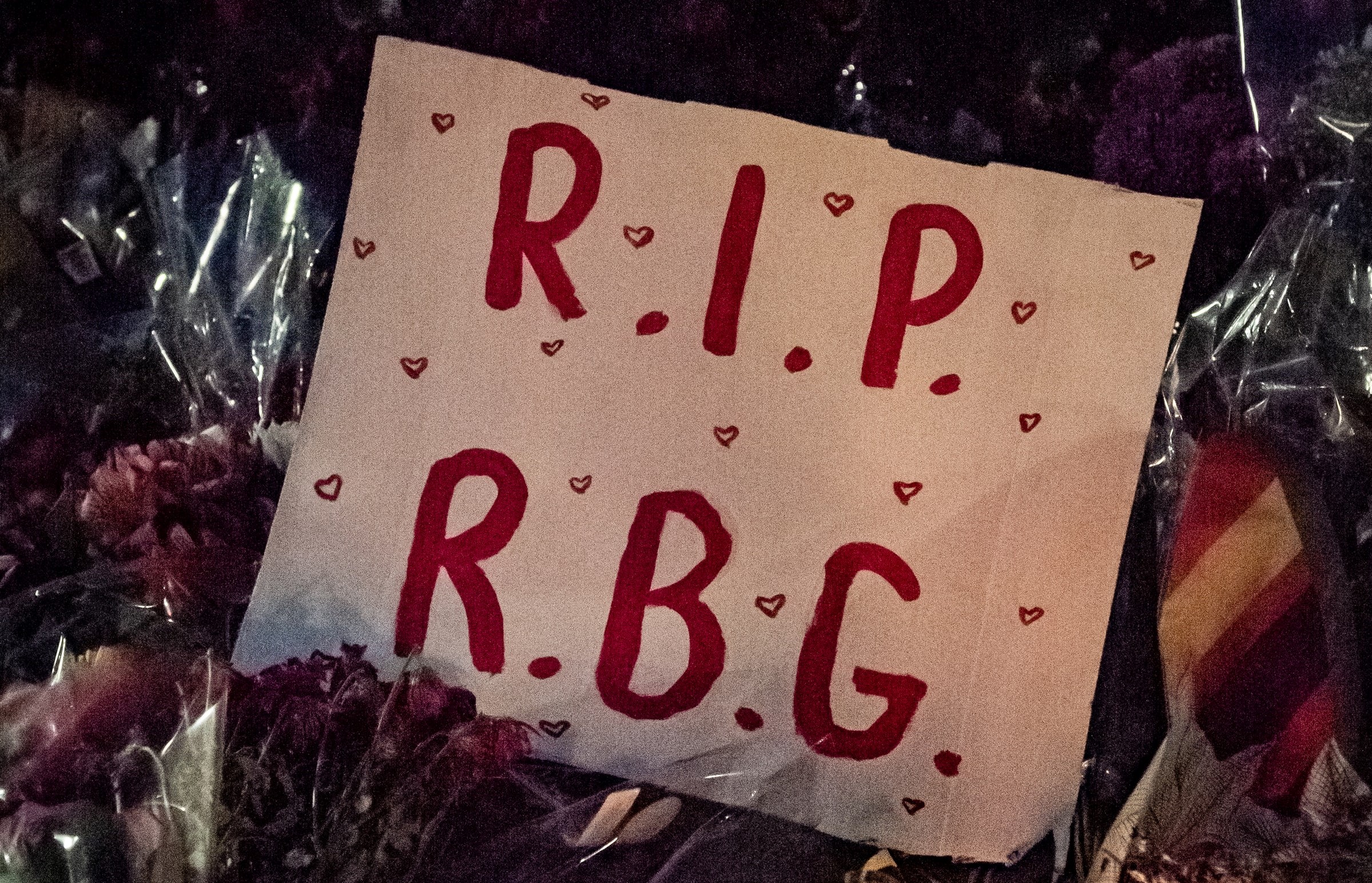 A memorial vigil for The late U.S. Supreme Court Justice Ruth Bader Ginsburg took place in Baltimore on Tuesday night. Her death on Friday, September 18 came from complications stemming from metastatic cancer of the pancreas. Her family was present at the time of death. She was 87.

Women everywhere in the U.S., including myself, owe a debt of gratitude to the accomplishments pf Ruth Bader Ginsburg. She made so much possible in her lifetime. As a result, we enjoy enormous privileges and rights because of her tireless service as a Superior Court Justice and fierce commitment to champion justice.

Ginsburg is a trailblazer for women’s rights and an advocate for justice. A woman’s group also featuring men stood in front of the federal courthouse downtown to remember Ginsburg. Ginsburg is a hero and inspiration who opened many doors. In addition, she fought for the rights of the underprivileged. Ginsburg presented as a figure of the underdog for women As well as everyone who needed it.

In her lifetime, Ginsburg became a legal, cultural and feminist icon and an architect of the legal fight for women’s rights in the 1970s. For 27 years, Ginsburg presided over the nation’s highest court and became its most prominent member. She is also a historical figure. Ginsburg lead the fight for gender equality for more than a decade until her first judicial appointment. Many federal and state laws that held women back from what they could do, restrict them from their jobs and even jury service progressed forward because of Ginsburg. She put her signature stamp on many landmark cases.

As a result of her death, there is already a nasty and contentious battle politically over who will succeed her. The Supreme Court vacancy has put the position into the spotlight of the presidential campaign. It has deep consequences for the court and country as the liberal wing is gone.