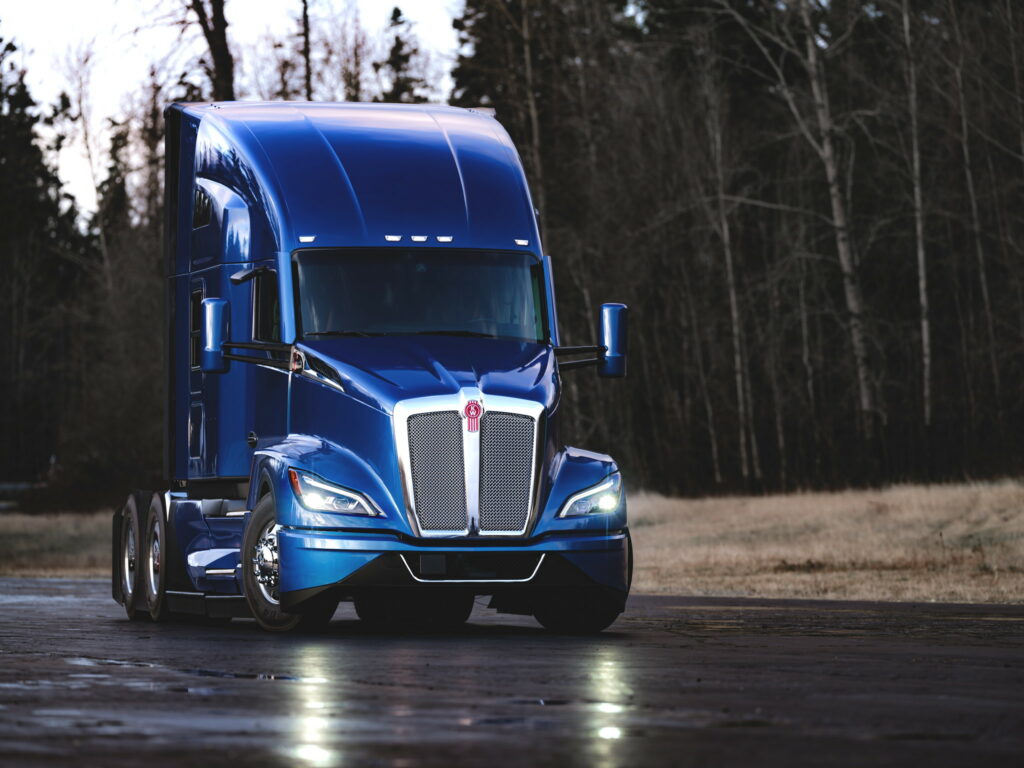 Kenworth in 2012 introduced the T680 as a third-generation aerodynamic conventional tractor and eventual successor to the T660 and T700. Last year the on-highway flagship helped propel Kenworth to a 15.8% Class 8 marketshare in the U.S. and Canada – a record for the company.

When it debuted nine years ago, the T680 was the lightest truck in the industry and was Kenworth’s crown jewel of engineering.

“Back in 2012,” noted Kenworth General Manager Kevin Baney, “we were like ‘This is as good as you can get.’ We didn’t think we could make it more aerodynamic.”

Nearly a decade of technology and innovation (and regulations) has moved the goal posts, and to stay in the game the T680 Thursday got its first significant update since it initially rolled down the Chillicothe, Ohio, assembly line.

I was able to get my hands on two pre-production models (a 76-inch high roof sleeper and a day cab) for a drive around the Renton, Washington, area – only my second such drive during this COVID-era reality in which we all currently live.

It felt good to get out of the house and put this NexGen tractor into the Pacific Northwest wind, even if the weather was Seattle-area stereotypical: gray and wet.

Visually, the truck is striking. It’s really a very un-Kenworth-like update in that there are very few little tweaks. The changes are both obvious and aggressive. There’s nothing subtle about it. And that Deep Cerulean blue body color? Wow.

Deep Cerulean on this truck was clearly foreshadowing.

BMW M2 Not Anticipated to Carry the Same Company Charm

West Baltimore Neighborhood is Open and Quiet on Monday